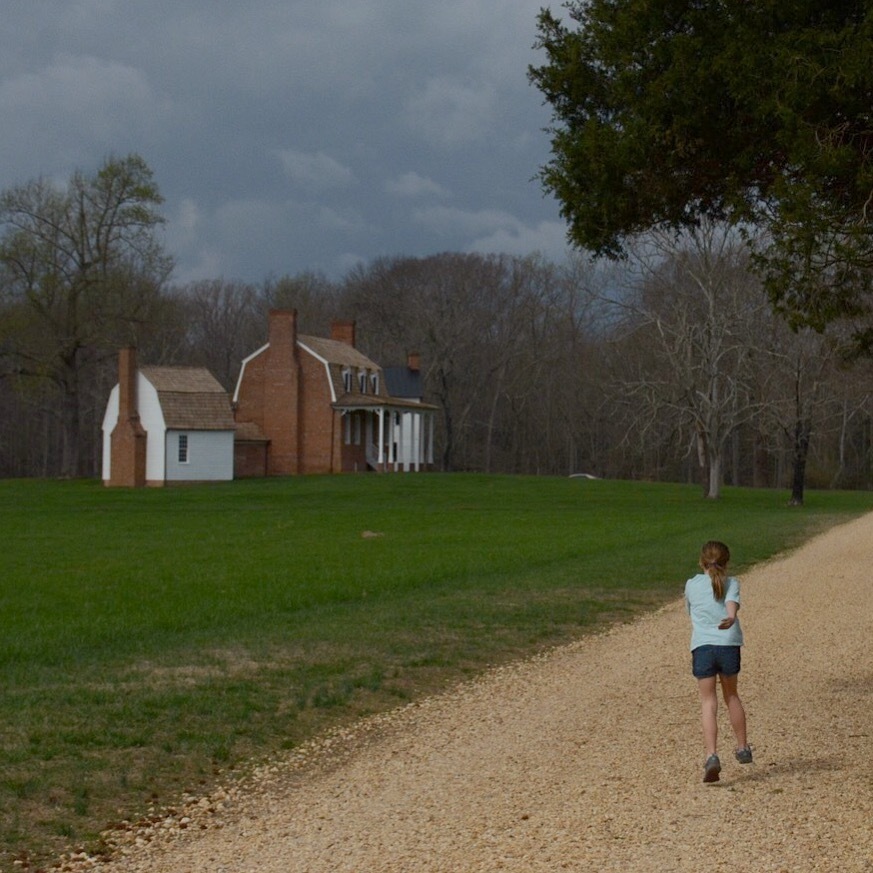 
My kids are currently obsessed with earning Junior Ranger badges and visiting historic sites. I'm trying to take advantage of this - while it lasts. So, on the second day of Spring Break, we drove out to Port Tobacco, Maryland -- once the second largest city in Maryland, now the middle of absolutely nowhere. It's actually only about 45 minutes from Washington DC - but it's out in rural Southern Maryland.

House Tour
When we arrived, there was a sign on the visitor center telling us to head directly over to the house for a tour - which we did. We were able to catch a tour in progress with another family.

Thomas Stone was one of Maryland's signers of the Declaration of Independence and leading figures in the colonial era. Due to choosing a simpler, family-focused life, his name isn't as famous as John Handcock or John Adams. He still has an interesting story.

There are only a few rooms in the house that are part of the tour. My kindergarten-age boy was able to stay focused for most of the tour - which is nothing short of a miracle. Later he told me that there were revolutionary war era muskets and guns in most every room that we visited and he apparently was very busy studying them.

Park Ranger
The happy, enthusiastic park ranger was thrilled to share everything he knew about Thomas Stone with our group. Amazingly he held my son's interest and was able to keep the tour relatively short and sweet for the kids in the group. (After interacting with a couple of burnt-out, over-worked, totally exhausted park rangers at the Cherry Blossom Festival on the National Mall the previous day, his enthusiasm was much appreciated.)

Junior Ranger Program
Most people visiting this site are either serious history buffs or kids on a quest to get as many junior ranger badges as possible. The park rangers at Thomas Stone are the best advocates of the Junior Ranger Program that we have encountered. My daughter brought home 5 additional junior ranger packets to do in her spare time and send into different sites in the Mid-Atlantic Region.

Surprisingly, this was a great learning experience for my kids. We spent our first day of Spring Break at the Jefferson Memorial learning about the writer of the Declaration of Independence. Then to come here the following day really reinforced what they had learned.

Bottom Line
If you're in Southern Maryland, make a stop at Thomas Stone. An hour is probably sufficient to get a feel for the site and learn a bit about early American history.