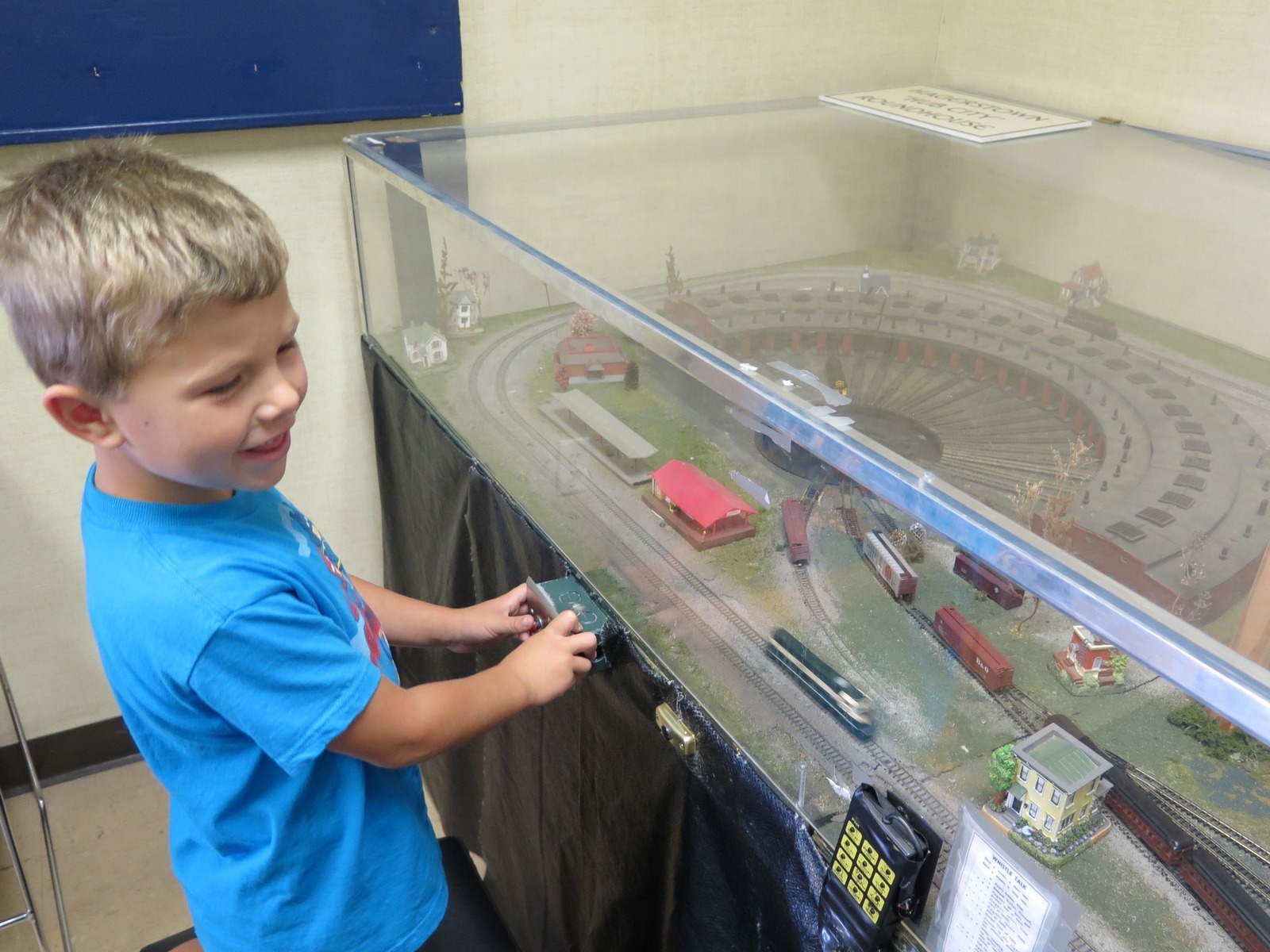 1 Review of The Discovery Station


On a sunny, summer weekday, I brought my five and six year old to Discovery Station in Hagerstown. The best way to describe this museum is part community museum, part children's museum.

The museum is in an old bank building in the historic downtown area of Hagerstown. There is metered parking available.

As families walk into the museum, there is a large play area for the five and under crowd. Since my youngest is almost five and half, we skipped that popular section of the museum

Upstairs, there is another section of the museum that is designed for younger kids. It features a farm, grocery store and kitchen. When we arrived in the room, no one was playing there - so i encouraged the kids check it out. My son loved a play structure where he went in to a "cow" (through the mouth) and came out the other end. My six year old daughter loved a horse toy that actually moved chomped on carrots. Eventually, they got down to business playing store/restaurant for a bit.

There are also a couple of train exhibits where kids can push buttons and watch some some small model trains move.

Finally, downstairs in the back there is a Cessna plane that kids can climb into and pretend to fly.

Two downstairs exhibits are probably best for kids who can read: one on Japan and the other on space. My kids walked through these, but in a few cases the hands-on craft materials were missing. They enjoyed a place where they would build a settlement on Mars using Legos. There is a Japanese tea room for kids to play inside.

The upstairs exhibit on optics should not be missed by grade school children. There were several hands-on exhibits in good shape and some old/antique optometrist tools. We spent 15-20 minutes checking out that room, but the kids would have been ablate understand a great deal more if they could read fluently.

There are a few other exhibits that highlight community history from baseball to the Civil War.

The staff were very friendly and tried to get the kids engaged in the exhibits. It's a great resource for the Hagerstown area. However, it's not one of the most impressive childrens' museums or community museums in the area.