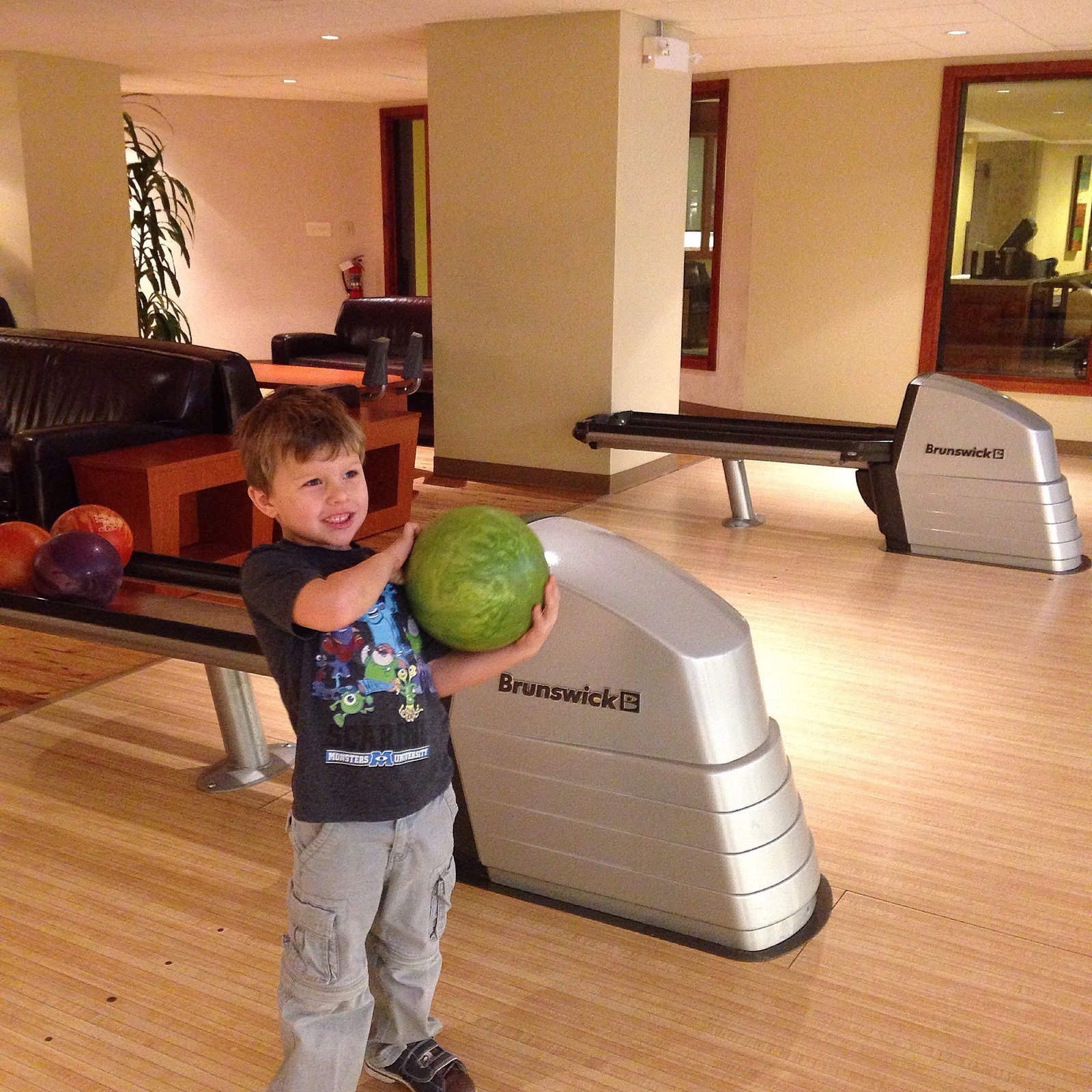 Booking.com
Save on a nearby hotel with the lowest rates
Book Now
VIEW NEARBY
+3
more photos 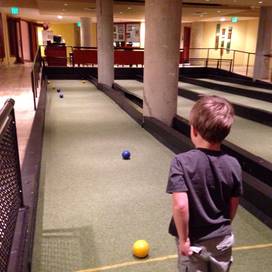 
My four year old son and I took advantage of the Pinstripes Tots Playtime on a weekday morning from 10 till noon. We had a great time. I highly recommend it!

I've never been to Georgetown so early in the day before. When we arrived at 10AM, there was plenty of two hour parking still available on M Street. We walked around the corner to where Google was telling me Pinstripes was located, and we had a little trouble finding it. It is located right along the canal - a bit set back from the street.

We walked in and I wasn't sure that they were open - but they were. The college student at the front was very helpful. I paid five dollars for my son, and I was free - what an amazing deal (during the Tot Playtime.) She brought out the cutest Velcro bowling shoes that I have ever seen for my son. Not once did my four year old complain about his shoes.

This is a really upscale place with comfortable leather couches and the easiest computer system to use ever. It was simple to program the system to allow bumpers for my son and not myself. (Although judging by my score, maybe I should have used bumpers too.) There were ramps for young tots to use and plenty of lightweight green balls for the younger bowlers.

There is a small selection of breakfast items available to order; customers are served as they are bowling. We ordered a hot chocolate and a cappuccino - they were both good, but not spectacular. A group next to us ordered some fruit - which looked fresh and yummy. I think the lunch menu begins at 11:30AM. All the food on the menu looks yummy. Due to the high density of restaurants in Georgetown, I would expect the food to be quite good here.

My son and I bowled two games. There were lots of moms with older toddlers; it appeared that most of them made through about one game.

My son had spotted the bocce ball courts on our way into the bowling area, and really wanted to try it. We asked our waitress about it; and, she told us to go ahead. She even followed us over to the bocce ball area and explained to us how to play - so helpful! My son was entertained by bocce ball for about 20 minutes.

My son is already asking to go back. I can't wait to go back either.